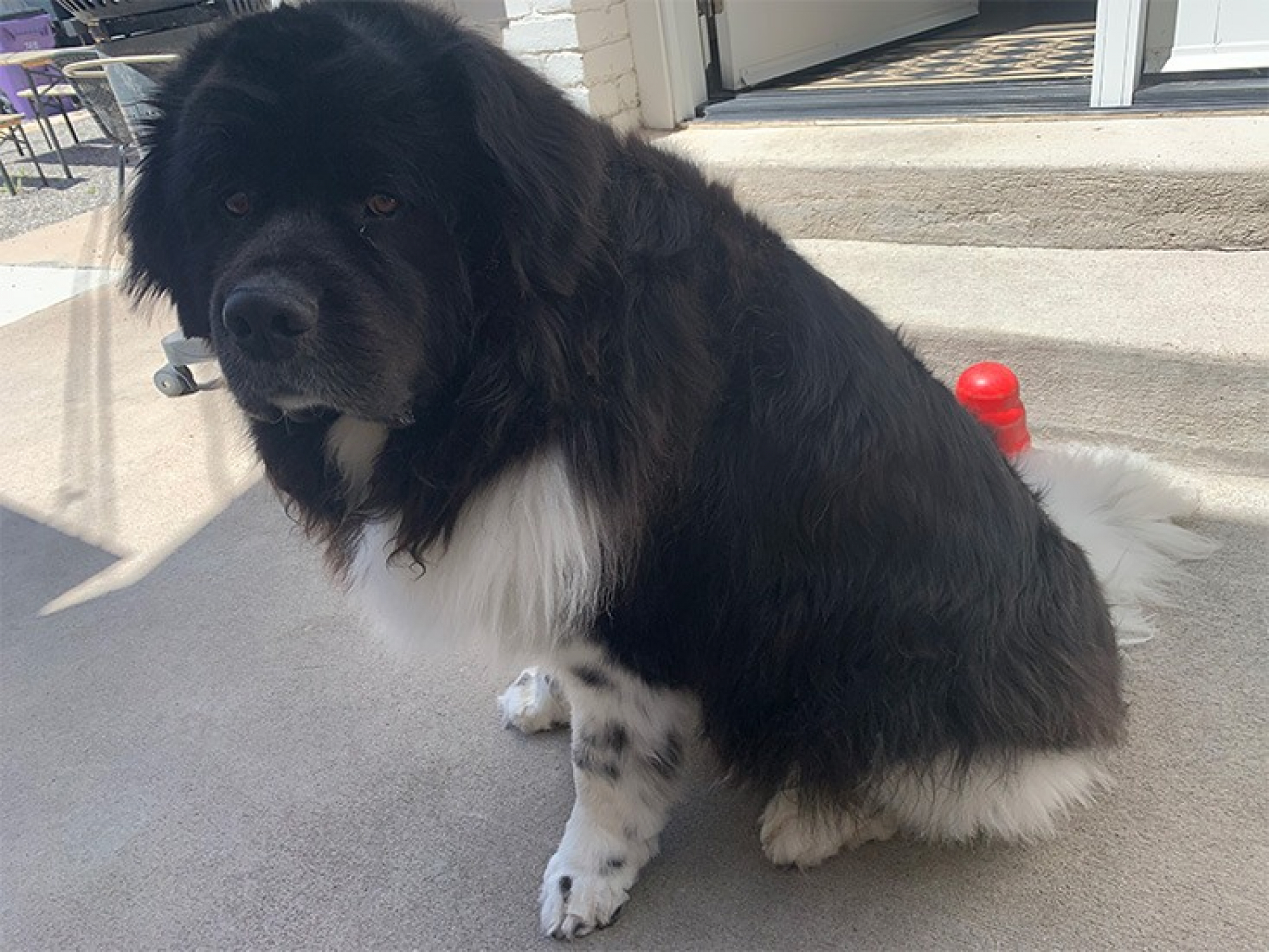 My bad. The short-lived adoption of a BIG bundle of love

March happened. By May, the void in my isolated life was as deep as the freezer I reached in for ice cream sandwiches. I was at COVID-9…9 extra pounds…the result of my home office being within 8 feet of my kitchen. Instacart and Groupon were filling the void in my days with food.

I needed a reason to move around. And I wasn’t alone.

The Washingtonpost.com reports “What began in mid-March as a sudden surge in demand had, as of mid-July, become a bona fide sales boom. Shelters, nonprofit rescues, private breeders, pet stores — all reported more consumer demand than there were dogs and puppies to fill it. Some rescues were reporting dozens of applications for individual dogs. Some breeders were reporting waiting lists well into 2021. Americans kept trying to fill voids with canine companions, either because they were stuck working from home with children who needed something to do, or had no work and lots of free time, or felt lonely with no way to socialize.”

Like most people, I have my favorite breed of dog. Seventeen years earlier I’d gifted my son the dog of his choice for his college graduation: a Newfoundland. At 160 pounds Max would become my favorite of all dogs in my lifetime. He drooled as much as he was dedicated. He was as lazy as a college kid home for vacation waking up no earlier than noon each day. He loved water, even if it was in a toilet. He would kerplunk on the floor in front of the door of the room I was in to guard me. And when walking him, no stranger or random attacker would dare approach me. He resembled a bear. I was safe. No matter what the city delivered.

I tripped over the Craigslist ad to adopt a 7-year-old Newfoundland whose family was relocating. Seven is senior in Newfoundland speak. Tank and I were nearly the same age. I passed the phone interview with Tank’s owner and we scheduled a pick-up date.

Tank’s owners asked a modest $100 adoption fee. The sticker shock came when I priced out the senior lamb dog food Tank was used to. Bags full of pet paraphernalia were more. The crate, dog car ramp and invisible fence put me well over the $1k mark and I didn’t even have the dog in my yard yet.

Tank earned his name. The breed is known to be stubborn. Early one Sunday morning we worked on leash walking in the yard. Tank was riveted to the fence line. I pulled on his leash. No movement. I tugged hard. A ball of dog fur entangled in the leash snapped free. Next thing I found myself flat on my back in my sensible Xeriscape weed-free lawn of pea gravel…a tad concussed.

Tank split open a series of 3 acrylic waste bins stuffing his wide snout into them to retrieve used Kleenex tissues. They were $39 each.

He ate a sock. It ultimately showed up.

The pandemic shuttered beauty salons and dog groomers. I scoured my contacts for an underground groomer outside the city limits. When I picked up Tank 3 hours later, he’d bitten the groomer’s arm. One thing’s true: when a dog’s a biter, a dog’s a biter. I was suddenly concerned. I had young grandchildren.

I wasn’t used to being a failure, but I had failed in my adoptive mission. I emailed his former family about returning him, but the timing wasn’t right, they said. I posted an ad on Craigslist and immediately got one inquiry when my trusted cleaning lady rang the bell. I had put her on hold when the pandemic broke but caved and texted her for help remediating the  post grooming shedding. Berenice entered the door and Tank swaggered toward her, dropped on his back, legs in the air, completely submissive. He then righted himself and tucked his thick neck into Berenice’s arms.  It was love at first sight.

End of story: Tank thrives on a ranch appropriately sized to his big love and untamed strength. I have my life as I knew it back. But more importantly, I have a better appreciation of proportion and outcomes.