Everything You Need to Know About Scotch Whiskey

Did you know that Scotch whiskey dates back to the 1700s? Since that time, Scotch whiskey producers have improved their techniques to create some of the most delectable types of whiskey. But what is Scotch whiskey exactly, and what makes it unique compared to other alcoholic beverages? The answer has to do with the nuances of creating this fine beverage. The below article will discuss everything you need to know about Scotch whiskey, from the history, fermentation process, ingredients, origins, etc.

What Is Scotch Whiskey?

Scotch whiskey goes by many names. Some call it Scotch, while others call it whiskey. Some (usually in America) spell Scotch whiskey with an "e," while it is known as Scotch whisky in other regions. Whatever the case may be, when it comes down to ingredients, Scotch whiskey will be one of two things: a malt whiskey or a grain whiskey. To make matters even more confusing, it can also be both simultaneously! Scotch whiskey is more or less a simple drink, although the technique behind making it is truly an art.

Here’s one helpful rule to keep in mind: Scotch is always made in Scotland- with no exceptions. If you make Scotch in any location other than Scotland, it can’t be considered Scotch. Just like Champagne - Champagne comes from the region of Champagne in France. There is even legislation governing that real Scotch whiskey must come from Scotland.

The region where Scotch comes from is important because the Scotch whiskey regions all have unique grains and peat that distillers use to make the drink. Distillers use different components to create Scotch, resulting in unique flavors, aromas, and drink shades. Today, there are more than 100 Scotch distilleries across Scotland. Scotch is a drink with high alcohol content, usually around 40% alcohol by volume, and some types of Scotch can even reach 90% or more. The typical 40% alcohol by volume found in most Scotch beverages is optimal because it is not too strong to enjoy, and you will be able to distinguish many of the drink's distinctive flavors and aromas.

Though people in Scotland made alcoholic beverages as early as the 1400s, the origins of authentic Scotch whiskey began in the 18th century. The earliest drinks did not entirely resemble today's beloved Scotch. Historically, distilled spirits were called aqua vitae, a Latin term meaning "water of life.” Aqua vitae was used to create gunpowder, and some farmers also used it to preserve crops.

The 1500s marked the start of distilled spirits for drinking rather than preservation or gunpowder in Scotland. Even so, those spirits were not yet proper Scotch whiskey. Scotch whiskey did not become a popular drink until the 1700s, and by that time, it became a commodity that the Scots began to sell on a commercial scale.

Many people used Scotch whiskey as a medicinal product because they believed that the strong alcohol content could give people an energy boost. However, around the 1700s, whiskey distillers started to realize that they could not only market their product as a medicine but also as a drink for regular consumption. This was a significant breakthrough for the drink, and from that point on, Scotch whiskey became more and more popular. During this time, many major distilleries started to change how they made their whiskey. They began to appreciate the craft and art of creating Scotch whiskey, and they focused on steadily refining and improving the beverage.

What Are The Scotch Whiskey Regions? 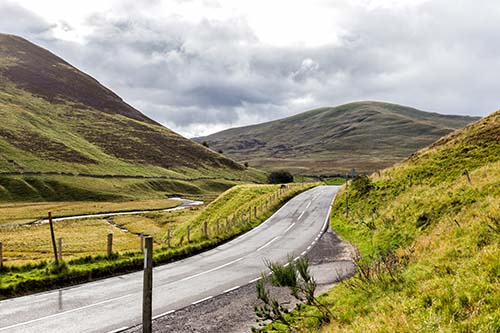 There are Scotch distilleries all over Scotland, and every Scotch whiskey region is unique. Environmental factors, along with other factors, can make a massive difference in the distilling process and the flavor of the Scotch whiskey itself. This is one of the many reasons why different bottles of Scotch from various locations have distinctive flavors, colors, and smells. Highland, Lowland, Campbeltown, Islay, and Speyside are the five main Scotch Whiskey regions in Scotland.

The Highland region is the largest of the five areas and includes many islands. The region is highly diverse when it comes to creating Scotch. The distillers in this area have differing ideas on how good Scotch should be produced. Along the coast of the Highland region, the Scotch whiskey is saltier and hardier with an overall darker and more robust profile. As you move away from the coast, you will notice that the drink becomes lighter and less intense.

Campbeltown is a small region, but don't let that fool you. Campbeltown Scotch is packed with flavor, unlike any other region. You're sure to catch hints of smoke and leather in their Scotch varieties.

The island of Islay is one of the southernmost of the Inner Hebridean Islands, located off the west coast of Scotland. Islay Scotch whiskeys are known for their distinctive peat flavor.

The Speyside region produces lighter Scotch whiskeys with hints of fruit. The lightness of Speyside scotch results from not using as much peat in production.

How Scotch Whiskey is Made

All Scotch whiskey brands have their own approach to making the beverage. Nevertheless, some staples are required in the Scotch production process. In the past, all Scotch came from malted barley; however, some distilleries now prefer to use other grains like rye or even wheat. Much of the barley needed for Scotch production comes from the coast of Scotland, especially from the Lowland region. The barley's flavor profile may change depending on what time of year the farmers harvested it.

Once the distilleries have the barley, they need to soak it in water so it can germinate. Through this process, the barley releases starch, which is primarily sugar. The sugar will eventually aid in fermenting alcohol.

Once the barley has had time to germinate, it is dried out to stop the germination process. By this time, the starch molecules in the grain have broken down into smaller sugar molecules that aid in the fermentation of alcohol. The distillers dry the barley by putting it in a kiln which blows hot air onto the barley allowing the moisture to dissipate. At this point, the distillery can choose whether or not to add peat to the kiln. Adding peat produces a smokier version of barley which will eventually translate into the flavor of the final Scotch whiskey product.

Eventually, the dried barley ferments and creates alcohol in large wooden casks. The fermented beverage needs to age for at least three years, if not more, to be considered Scotch whiskey.

What Is the Difference Between Scotch and Bourbon?

As previously mentioned, Scotch whiskey is typically made from barley. It also needs to sit in a barrel and age for three years. Bourbon does not need to age before it is ready to drink, although some distillers do age it. Also, Bourbon is only produced in the United States. Instead of barley, distillers make bourbon from corn mash. If distillers decide to age their bourbon, they usually use charred oak barrels. This is different from Scotch barrels, which are typically standard oak.

There are some similarities between Scotch whiskey and bourbon. Like Scotch, bourbon is usually around 40% alcohol by volume. Both Scotch and bourbon are considered whiskey, and they have very similar nutritional qualities. However, this does not mean that they taste similar. Bourbon products made from corn tend to have a certain sweetness, while Scotch is generally a smokier flavor, usually due to the peat.

What Is The Difference Between Scotch and Whiskey?

Don’t let this question fool you! The best way to remember the difference is that while all Scotch is whiskey, not all whiskey is Scotch. Whiskey is a more general term to refer to many different drinks typically made from mashed grains. Distillers can choose to make whiskey from various grains, from wheat and rye to corn and barley. As we mentioned before, bourbon is a type of whiskey made from corn. Choosing different grains creates different kinds of whiskey.  There are even whiskeys made in other world regions like Japan and Ireland.

What is Single Malt Scotch?

What is Double and Triple Malt Scotch?

Scotch whiskey has a long and exciting history and continues to be popular worldwide. Since the 1700s, distilleries all over have been creating Scotch varieties full of unique flavors and aromas. We hope this article covered some of the details of the art of making this fine beverage. From regional factors to production differences, there is so much to appreciate about Scotch whiskey.

Here is our list of the best drivers of 2021 for senior golfers.
Learn More

5 Steps for Better Sleep as We Age

As we age, how do we increase sleep production while also improving its quality? Here is a…
Learn More

Here are some of the best foods you can eat to promote anti-aging and beautiful, youthful skin.
Learn More

Have you ever been interested in learning to play the exciting game of pickleball? This…
Learn More
« Previous Article
Next Article »